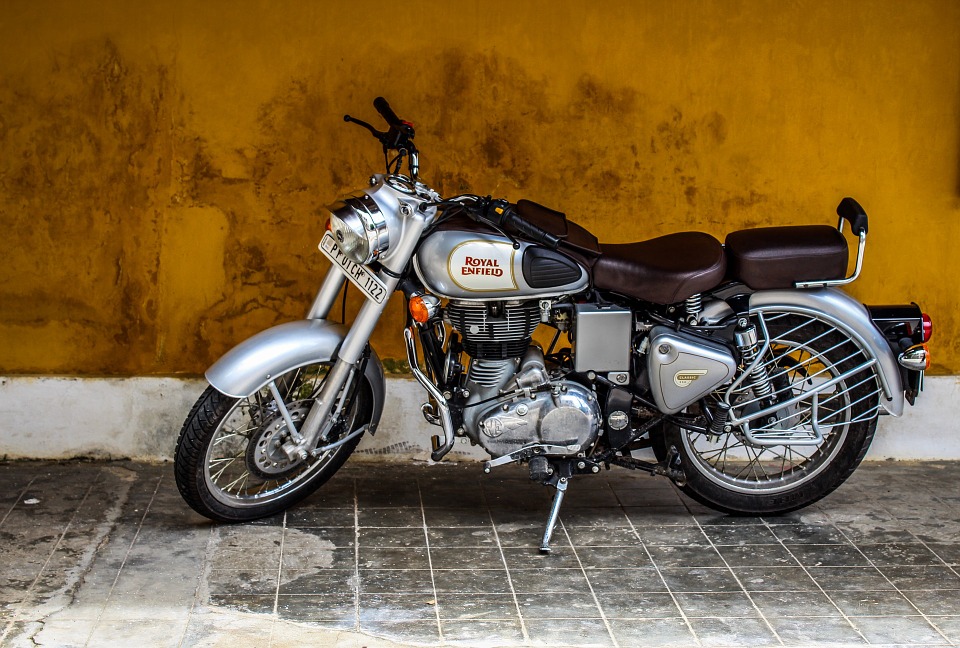 The best second hand bike to buy in India is mentioned here. Now-a-days, a bike is not considered as just a means of transportation. With better standards of living and inflation in the economy, people have money and now wish to buy a better bike and live a better life. Some bikes are also considered to be used as a status symbol like Kawasaki, Royal Enfield, etc. But, there are many too who don’t have enough money to buy them first hand as these are some top notch bikes and are very costly too.

So, rather than getting a new bike, you could even consider buying a second hand bike as if you would be able to find a perfectly maintained bike at very low prices, what’s the harm in it. To help you out, here is a list of 10 best second hand bikes that you could buy at very nominal prices in India.

The best second hand bikes to buy in India are mentioned below:

Royal Enfield is not a new name to anybody as it is the most famous and one of the most expensive bike company. Their bikes are very costly but are still very famous because of its prestige and royal look and makes you feel nothing less than a king, when you drive it. This particular model is one of the cheapest bike of this company and still costs about 2,00,000 rupees when you go to the showroom but you could easily get this bike within 1,00,000 rupees when you buy it from second hand market, whether online or offline.

This bike has 353 cc engine which is very huge power for any bike but it is required to counterweight the weight of the bike. This bike could even weight to about 150 Kgs and to handle it in the city area might not be within the capacity of everyone. You probably would know much about this bike and if not, then still this bike is worth any amount.

Being an Indian based company, and known for its Scooters since starting, Bajaj is the leading automobile company of India. Its bikes are famous for their life and engine strength and for the life till which they could be used. These bikes are so good in terms of their life as you could even be able to give your bike to your son and he too could use it for some time. The Pulsar series of Bajaj were an entry to the sport bikes at a very low price and people could enjoy the speed and amazement of riding a speedy bike.

This particular model has a 200cc engine and is very light weight and also is great when considered as per its aerodynamics. It has a sleek look and looks really sporty and has a mileage of 35 kmpl which could last till the time you use the bike. You might be able to get this bike in about 50,000- 65,000 rupees if you buy it second hand, and has an ex-showroom price of about 1,20,000 rupees.

Another great sporty bike that is an advanced version of the older Pulsar 150, this bike has similar look to its older model and the company has maintained its originality and has made sufficient changes in the new model. The engine power is of 223cc which is a very high power engine and is enough for city roads as well as highway. This bike is also great in terms of its working life.

Bajaj Pulsar bike has a fast cooling engine, so you could drive this in winter easily and also drive it for longer durations and for long bike rides too, without having to stop in regular time periods. This bike also has a great suspension and has gravity balance too that helps you bend down at tight corners without much fear of sliding. The ex-showroom price is about 1,10,000 rupees and a second hand bike might cost you around 50,000 rupees which is a great deal for such a bike.

Hero Hunk was a very sporty look bike which was one of the best sport inventions of Hero, but since it was a little expensive at that time and was not expected to have a great and long life, so, it didn’t get the deserved publicity. Other than its life factor, this bike is a blunder and could even get to the top speed of about 10 kmph which is a very great speed as compared to the average speed of 65 on Indian roads.

This bike is capable of giving mileage of about 60 kmpl which is very high for any sporty bike, but since it is a Honda product, it has to have such great specifications. The bike is capable to give you a 360 degrees look of the area and also has a comfortable sitting posture that makes it a great choice for long rides and is also good for off-road riding too.

Another great bike from Hero that was supposed to have a cruiser look within an affordable price for an average Indian. This bike requires you to be of a good height of minimum 5’6” as people shorter than that height might feel it uncomfortable to ride and balance it. This bike was a revolution in the Indian market when it was launched and the look was enough to shut the mouths of its competitors. Karizma bike might cost you about 1,20,000 rupees if you wish to get it from showroom but if you are comfortable in buying a second hand model then you might get it for less than 65,000 rupees which is a great deal when you consider its long life and the trusting services of Hero.

This bike had many new features like LED tail lamps, 20 BHP raw power, 223cc engine and many other features that made it a cruiser in itself and gives the rider a sporty and big feel.

CB Hornet was a new bike and was launched just 2-3 years back and this makes it a great factor for buying it in second hand as the prices would be very low and the bike won’t even be very old. You should not think again if you get a great deal on this bike as this bike is like the one bike you wish you would own at such a low price. This bike was launched at a price of about 85,000 rupees but today, a second hand model might cost you only 45,000 rupees or maybe less. You cannot get any other 160cc bike with the trustworthy services of Honda in such a range.

This bike was given a much deserving sporty look and is great for off-road driving and driving in villages or places where the roads are uneven. This bike is also great to be driven in hilly areas and has a great engine which powers its body efficiently.

Talking of cool and sporty bikes, how could we not discuss about the king of the roads. Apache has been giving India really sporty bikes and TVS has never let down its customers with this bike. This bike is perfect for the phrase- “handles like a dream”. TVS Apache is the dream bike of many Indians and since its sleek look and highly aerodynamics body allows it to touch speeds that some bikes of 200cc engine too can’t reach.

This bike is the perfect for people who love to drive fast and enjoy the fast moving wind touching their face. The new version of this bike might cost you about 1,25,000 and 180cc one in around 95,000 rupees but the second hand model would be available in around 55,000 rupees and if you get a deal of a little higher price then no need to worry, this bike is worth any amount of investment in it.

This bike might be the king of all the sport bikes of this limited power of 200cc. The engine does have a lot of power and the sleek body and highly aerodynamic look and body of the bike helps it go to speeds that you can just dream of. This bike is capable of going to about 150 kmph which you cannot reach with any other bike of 220cc engine too.

TVS has also made a first class bike which is called as the godfather of all bikes as far as mileage is concerned. The company claims a mileage of 95 kmpl but on road, it is deemed to give a mileage of about 80 kmpl which is very high rate for city roads. It means less than a rupee for a kilometer. TVS has made a bike which is very much loved by a middle class Indian and has a great suspension and many other modern features that a modern bike must have.

This bike is not very sporty and is mostly made for the people of villages and the ones who live in the city and need to travel a lot. So, TVS has made its effort to make the life of such people comfortable. You could get this bike within 35,000 rupees and a new one would cost you about 55,000 rupees.

Yamaha FZ has been one of the first modern bike that the Indian bike market must have encountered. This bike was launched firstly in the military edition and the look was enough to be enthusiastic enough to buy it. The bike gives a mileage of about 65 kmpl on road and is one of the most comfortable bikes ever made. It has a posture similar to that of a sports bike and the look is royal and traditional enough to make you salute to the bike. This bike might have an ex-showroom price of about 97,000 rupees but a second hand one might be of around 60,000 rupees. Its price is high as it is a well maintained bike and has a great life. So, it won’t ever get old to own this bike.

These were some of the best used bikes that you could get easily at very low prices and are the most famous to be bought and sold in the second hand market. There are also many other bikes like CD100, CD-Deluxe, Honda Star, etc. which are the low end bikes and could be bought for about 20,000 – 35,000 rupees as they have very less market price. We have included only those bikes which are some top notch bikes and which people love to buy the most.

I hope that this list would have given you great idea about some of the best selling bikes in the second hand market and also about their features and price.