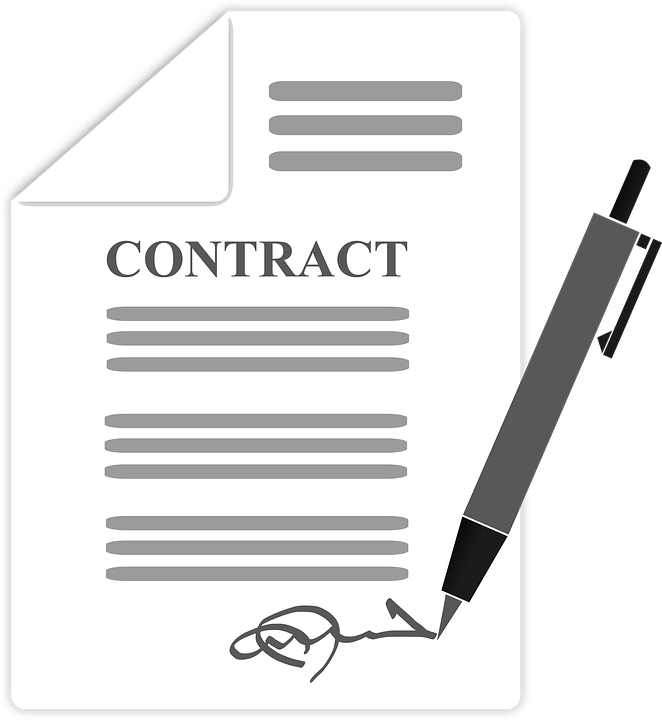 The different types of contract are mentioned here. A Contract is an agreement that has its essentials to be followed and then only it will be considered as a contract. The foremost thing is that a contract must be between two people, however, it can be more than that as well. The agreement which has been set up should be based on certain conditions that will result in certain obligations upon the parties who are in contract with each other. A contract is a legal document, that can act as proof in case of not being followed up the concerned parties involved.

An agreement can be based on anything which someone refraining to do a particular thing or making it an obligation for someone to that particular thing. The court when enforces the agreement made by the parties becomes a legal contract. However, a court cannot draft out an agreement on the behalf of the parties, it has to be done with the free consent of the concerned parties involved in that agreement. A contract which is formed with undue influence or fraud is not a contract.

Mentioned below are the different types of contracts that we enter into our daily life but are unaware of:

As the term coins out “express” means to express out the terms and conditions of the contract either in oral form or in written form. The agreement between the offeree and the offeror is made in such a way with their consent that it is just expressed out that they agree onto the terms that are set up by each other in the contract.

An implied contract is when there are obligations upon the parties and they are bound to fulfill it up. To make an implied contract, there must be some act or conduct of one party that will bound the other party to do so in return for the conduct done by the first one.

An implied contract is as of in the form of implied by fact or by law. A contract implied by Fact is one which arises due to the circumstances that have been created in such a manner that make it obligatory to follow up.

Quasi Contracts can be said by the Contract which is implied by the law. A quasi-contract is a contract which lacks one of the essentials of the contract. Under this, it means if another person gets the benefit to which law regards as some other person was entitled to, the first person must give that benefit back to the rightful owner. Although there is no legal agreement formed between the parties they are out in such a position that they are bound to follow it under the law. 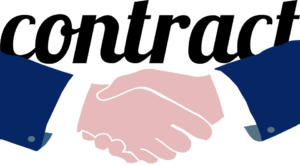 These types of contract are the ones where the liability arises when there is a probability of happening or not happening of a collateral future event is uncertain. The common types of the contract under this are the insurance contract, contract of guarantee or the indemnity contract. This contract depends on the happening or not happening of the event to be implied. The Insurance contract is all about if an accident takes place and the insurance is done of the car then the owner of the car can directly claim for the damages suffered in the accident, and in case there is no accident the contract remains untouched.

These are the type of contracts which give you no option other than just to accept it or reject it. Well, rejecting out is a bit tough part so the only option that is left out with accepting the offer, however, this contract is not a contract in the eyes of the courts as it does not follow up the essentials of the contract. The other party who is the offeree doesn’t have a chance to bargain out the terms that are mentioned in the contract, it just likes the situation of taking it or leave it! Such contracts are made by the powerful parties suppressing the weak one.

Such contracts are based on construction-related activities. They focus on mentioning a fixed amount before any performance of the contract begins and the target is to complete the construction in that whole fixed amount only as per the said document. When the negotiations are done, that is the time the other party has a chance to edit the fix amount else it has to perform the act as mentioned in the contract within the mentioned amount. 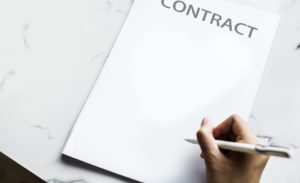 As the title says, before the start of the performance of the contract few of the things are mentioned the cost of material and the labour cost, further expenses are given in the form of a percentage under this contract. All the mentioned percentage are a rough amount of this much extra cost can come while the contract is being performed. With such a contract it’s the cost of performance can increase as it goes on with further performing, so a basic negotiation is done in such contract before acceptance is made on the part of the offeree.

These are known as a one-sided contract. In such contracts, the offeror makes the promise from his/her side to perform such an activity, and the offeree just gives an acceptance of the same without any consideration in return. However, before the contract gets completed this contract can be revoked at any time, as it is just one-sided and the acceptance was all a mere wish in the hands of the offeree without any undue influence or pressure.

Such contracts are seen in the employment services, where there is always a consideration on the performance of the contract. This is well known as the two-sided contract, where the offer is made and in return, an exchange offer is also agreed upon. 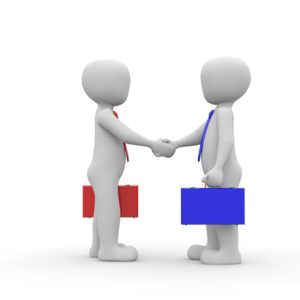 With the mutual consent of both the parties performing the contract, then only it’s acceptance is reflected in the eyes of the court making it a legal contract. Underemployment when a workman is hired in return he/she is meant to give their services to that company which has employed them.

Void contracts are the ones, which have no legally binding effect on any of the parties from the very moment the contract was signed. It is not a contract neither can be enforced.

The list of the contracts is unlimited, a contract is something that we have made many times during our life but we were just unaware of the fact. It can be implied or expressed there is no bar to contract to be in any particular form. As long as the parties who are entering into the contract are well aware of the conditions mentioned in the contract then it is very much valid as well.

While entering into a contract with some other party, one must always be conscious about what is the purpose of the contract and what is the part that they have to play in. If there is any such condition which you cannot understand, it should be cleared off on the very first basis itself. Always be aware of where you put in your sign and agreeing terms. So, these were some types of contract in business law.